‘It’s not a game of luck’: Youth Investors Corp

‘It’s not a game of luck’: Youth Investors Corp 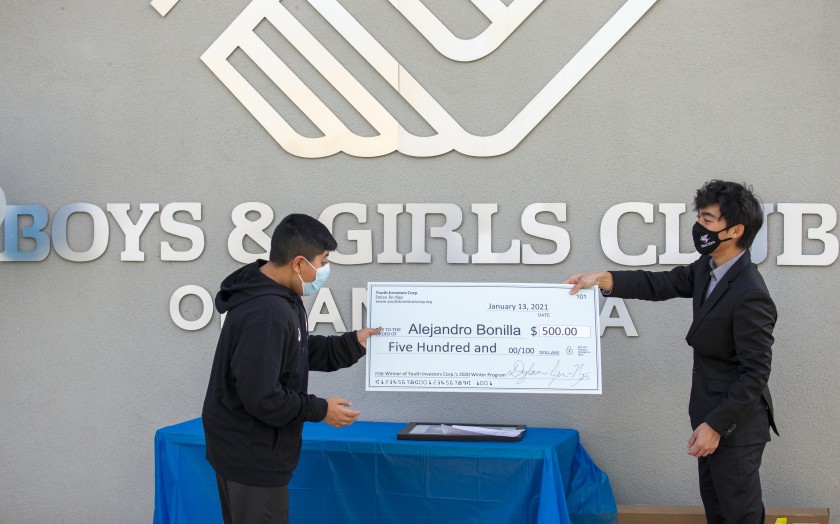 The stock market takes skill, and Huntington Beach resident Dylan Jin-Ngo, 16, has been able to illustrate that through his Youth Investors Corp.

Dylan started the nonprofit company in 2019 to try to educate local youth on stock trading. Last summer, he started a Zoom program complete with a stock market simulation game for kids aged 10 to 13 at a branch of the Boys & Girls Clubs of Huntington Valley.

Dylan, a junior boarding school student at the Thacher School of Ojai, expanded the program for the second five-week session that ran through mid-December. All three Boys & Girls Clubs of Huntington Valley branches participated, as did the Costa Mesa, Newport Beach and Santa Ana branches of the Boys & Girls Clubs of Central Orange Coast.

Among the more than 70 participants the same kid, Cash Harmon, won twice, earning $500 as the leader in each session.

Cash, a sixth-grader at Dwyer Middle School in Huntington Beach, was honored at an awards ceremony Wednesday, as was second-place finisher Alejandro Bonilla, 11, of Santa Ana, who also received a $500 check.

Alejandro got his check in person from Dylan at the Santa Ana branch, while kids from the other branches watched virtually via Zoom.

Read the full article online. And join us in congratulating Alejandro.