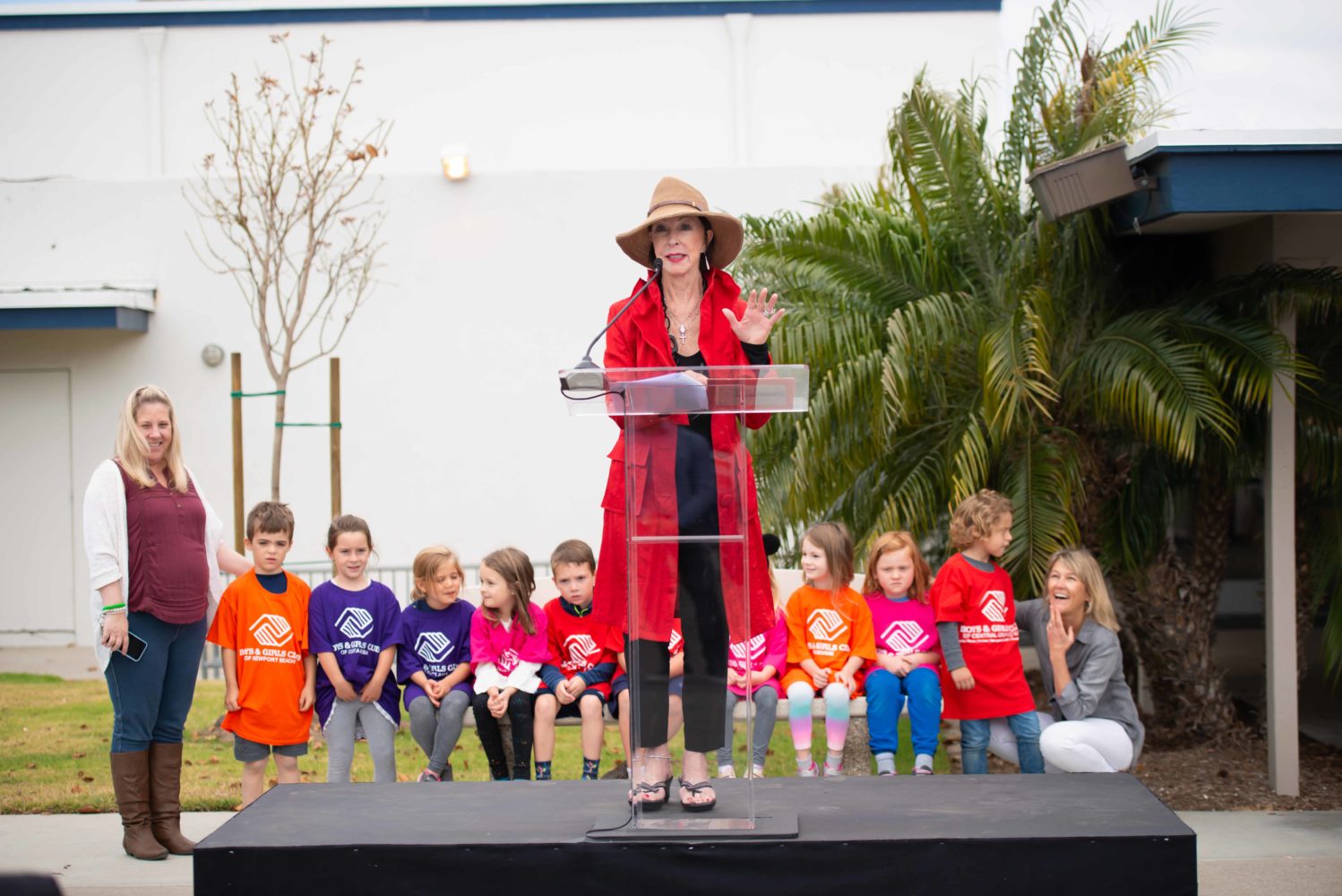 Dozens of officials, dignitaries and local youngsters were on hand Tuesday morning for groundbreaking on an approximately $3-million renovation of the Boys & Girls Club in Eastside Costa Mesa.

The effort will transform the look and layout of the facility at 2131 Tustin Ave., though officials said the project is more than just brick and mortar — it’s about ensuring the club continues to be a vibrant and vital community resource now and in the future.

“I don’t see drywall; I see the walls that will soon display the art that our kids will work on,” said Robert Santana, chief executive of the Boys & Girls Clubs of Central Orange Coast. “When I see the doorways of our rooms and the entrance to our clubs, I see the portals that will transform lives and the doorways that will open up opportunities. … I don’t just see technology; I see keys that will unlock someone’s future.”

Construction at the Tustin Avenue location, which was built in the 1950s, is expected to begin Monday.

“The whole building was essentially designed with the idea of serving not only this generation but future generations,” said Kristle Duran, chief operations officer for the Boys & Girls Clubs of Central Orange Coast.

Duran said the organization expects “not only for there to be more kids and parents within the building but also for us to be able to expand our reach within the community” once the renovation is done.

Work on the Costa Mesa facility is part of the Boys & Girls Clubs’ Pursuing Greatness campaign, which aims to increase capacity, expand family-focused programs and position club sites to serve as hubs for community partnerships.

During Tuesday’s ceremony, Santana said the organization had raised about $5 million for that effort in the past year or so, toward a goal of $6.5 million.

The gap in fundraising vanished when Julia Argyros, who along with her family has long been one of Orange County’s most prolific philanthropists, announced a $1.5-million gift to support the Costa Mesa project — drawing a standing ovation from the crowd.

“This was a mission that we could totally put our heart and soul in, that had everything that we wanted or ever would hope for our children to be exposed [to],” she said.

Once complete, the Costa Mesa club will be named the Argyros Center for Opportunity.

During construction, the Boys & Girls Club will temporarily move its programs to nearby Kaiser Elementary School to prevent interruptions. Duran said the goal is to finish the project by the start of the next school year.

Renovation projects also are in the works for the Boys & Girls Clubs of Central Orange Coast locations in Newport Beach, Irvine and Santa Ana.

“What makes this project special is not the materials that we’re using but the magic of this Boys & Girls Club and the energy that we’re putting into this organization to serve this community better and to ensure that all kids have a place they can go to that’s safe, that’s going to help them pursue greatness for themselves and for their family,” Santana said.

Read the full story shared online by the Daily Pilot.